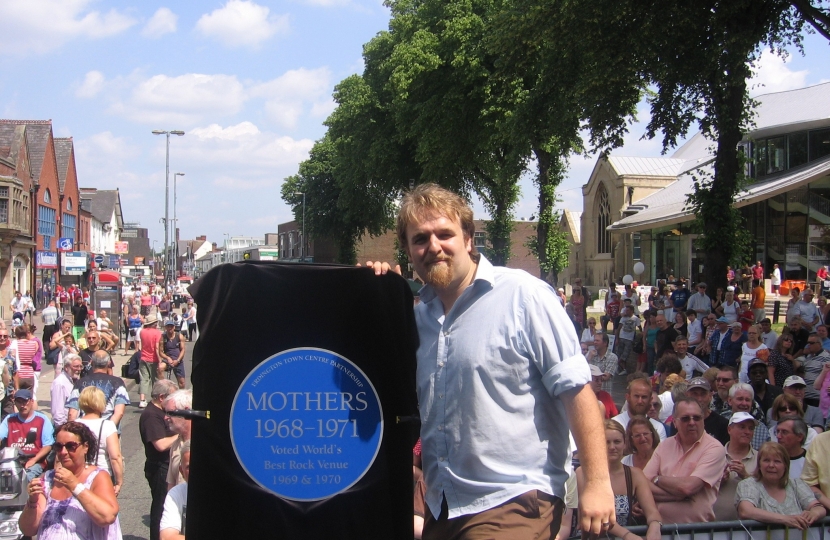 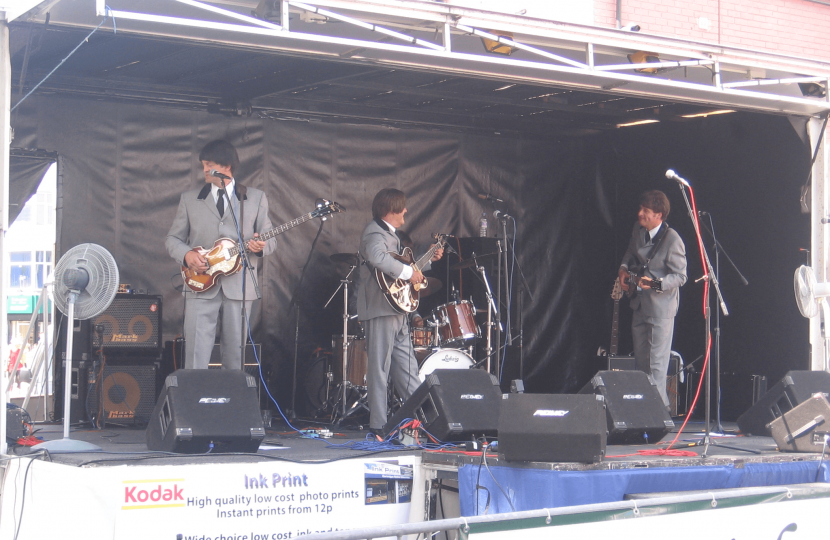 Last Saturday (July 13th) saw the Erdington Town Centre Partnership put on a Summer fete on Erdington High Street. The day was set up to honour the blue plaque award for the Mothers Nightclub and aimed at celebrating Erdington High Street, the shop owners and workers and the wonderful Million* people who visit Erdington every year.

The fete which was supported by a grant of £10,000 from the Government through the Mary Portas Project. This went towards the costs of producing and running the day. At the fete there was market stalls, circus performs, local arts groups, golden goal competition, children's entertainment, punch and judy and a music stage with live music from bands playing tribute to Mothers Night Club. On the day Quill, Top Ten Beatles, Then and Us (Pink Floyd tribute), Winston's Big Brother (Ft David Scott Morgan ex ELO), The travelling Pilburys, Celtic Clan, Drakes and Bright all played to the enthusiastic crowds.

All three Erdington Councillors Robert Alden, Gareth Moore and Bob Beauchamp (all Conservative) were also there to support the event.

The Blue Plaque was unveiled on stage half way through the day by Gary Surman and John Singer joint former owners of the night club. Joining them were many special guests and former players from the club including Keith Smart of Wizzard and Dav Scott-Morgan from ELO.

Cllr Robert Alden, a director of the Erdington Town Centre Partnership said "We are so incredible proud of our history and culture here in Erdington and so it is very special that as a Town Centre Partnership we were able to organise this event. A Special thanks must go to fellow Director David Drakes, without his contacts and drive to get this delivered we would not have been able to have such a special day and to Terry Guest the BID (Business Improvement Manager) who has worked tirelessly to ensure that this day went off without a hitch".

Robert added "it was great to see so many local residents and people from further a field com into Erdington to celebrate our history, enjoy themselves and to see just how much Erdington has to offer. Hopefully many will come back again to shop on our High Street. Looking to the future this along with other things happening locally to promote our history can and will be grown and developed to really help residents feel pride in our area".

Cllr Bob Beauchamp added "the live music on stage brought back so many memories for myself and local residents. It was a huge shame and loss to see the venue close all those years ago but it is brilliant to see it being remembered by a blue plaque so future generations will not be able to forget that for a few years at the end of the 60's the whole world looked to rock music being played in Erdington".

Cllr Robert Alden with the Blue Plaque on the stage

"....people were amazed to hear that, for a few years, the best club in Britain was in Erdington"