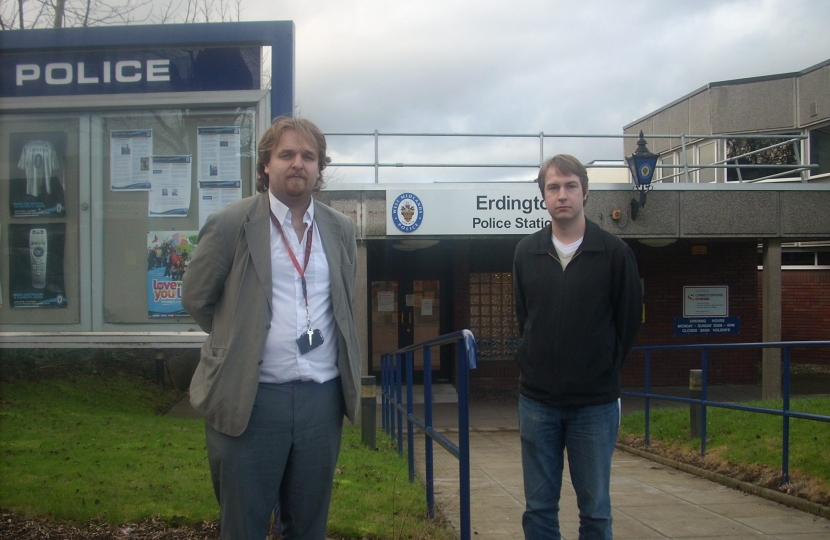 Labour Police Commissioner David Jamieson has announced that the front desk at Castle Vale, Erdington and Kingstanding will all be closed to the public leaving Erdington Constituency without a single Police Station open to the public. This is despite Labour finding £33 Million to refurbish the Police Commissioners posh City Centre office over the next two years! At the recent by-election the Police Commissioner pledged he would keep the stations open and now months later he is closing them. Last time this was tried in 2011/2012 local Conservatives, led by Robert Alden, successfully campaigned against the plan.

Popular local campaigner Clifton Welch said “If Labour have £33 Million to spend why have they spent it all on doing up the offices of the Police Commissioner instead of saving our vital local Police station front desks”.

Robert said “ these front desks are vital for local residents and to close them at a time you have £33 Million to splash around on doing up offices in the City Centre is disgraceful, suburban Police Stations are vital to our local communitites”.