SAVE OUR PLAY AREAS UPDATE 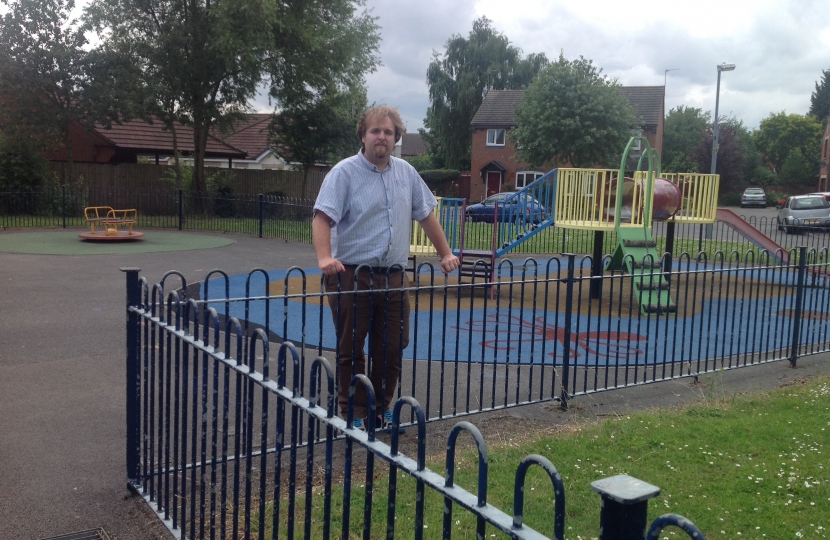 LABOUR ANNOUNCE THEIR FIRST ROUND OF PLAY AREA CLOSURES

The Labour Council have announced their first wave of play area closures, announcing three in Erdington Constituency will close. So far one in Rookery Park, junction of Windsor Place/Tudor Gardens and Wheeldon Park have all been listed for closure. Parliamentary Spokesman Cllr Robert Alden has launched a campaign with collegues from across the Constituency to save them.

The Labour controlled Council have announced they will be taking out several parks around OUR surburb in this first wave of the previously announced minimum 60 closures city wide. Labour’s secret plans to close the play area was shockingly announced a week before the consultation even began!

Robert said, “We are disappointed that Labour Council have decided to close a number of local play areas. It is no wonder residents are increasingly concerned that Labour are trying to run down our local area to help their favoured inner city areas instead. This and other play areas locally listed for closure, are vital to the community, they cost very little to be saved as they are already in place and are a real asset for children locally. We are determined to save them and will be working hard to put the case for keeping them to the Council.”