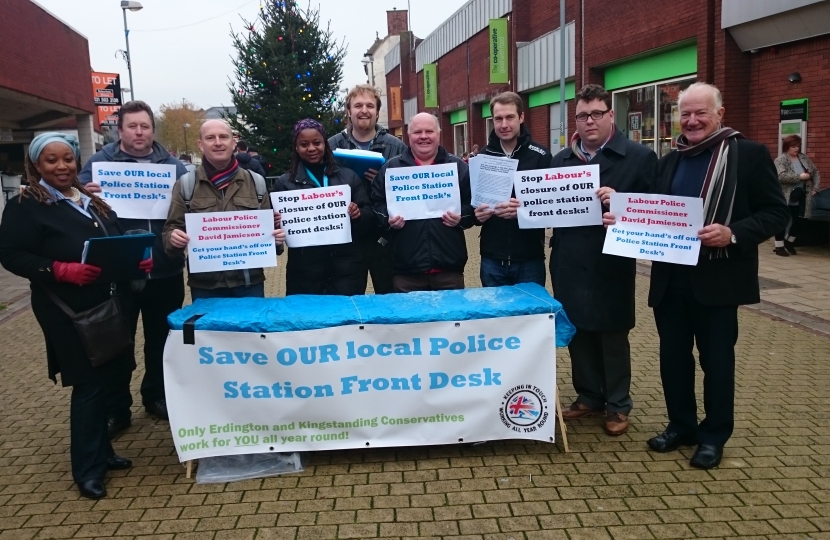 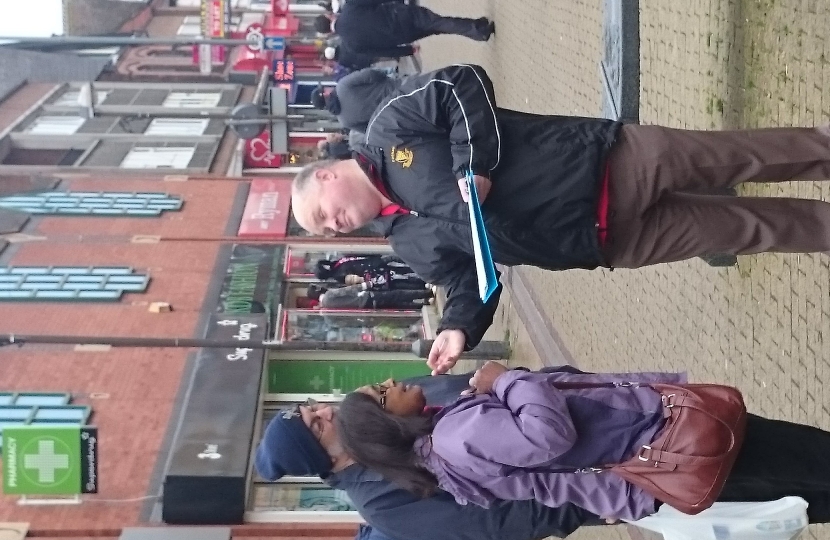 The campaign to save local Police Station public front desks, led by popular local parliamentary campaigner Robert Alden has got off to a hugely successful start as 100's sign the campaign petition.

More than 600 residents from across the Erdington and Kingstanding area have signed the petition in the first week of the campaign to save the Police Station front desks at Castle Vale, Erdington and Kingstanding Police Stations. Campaigners took to the streets on Saturday to collect signatures at a stall on Erdington High Street. Cllr Robert Alden (Erdington, Coservative) who is organising the campaign to keep the public front desks open, said "thank you to the hundreds of people who signed our petition on Saturday at our stall, who have returned the leaflet petition through the post or have signed online, working toegther we can save these vital front desks".

Rachel Toussaint commented "the campaign has brought together people from across Erdington. I hope that the Police and Crime Commissioner for the West Midlands David Jamieson (Labour) will listen to the overwhelming public opinion that wants these valuble front desks to stay open".

Clifton Welch added "there is a real concern that if the Police and Crime Commissioner for the West Midlands David Jamieson (Labour) goes ahead with his plan it will place a huge strain on the 101 non-emergency and 999 emergency number for the Police, as people who would previously have visited the Police Station are left having to call the Police".

or can join the facebook campaign group at https://www.facebook.com/SaveErdingtonPoliceStations