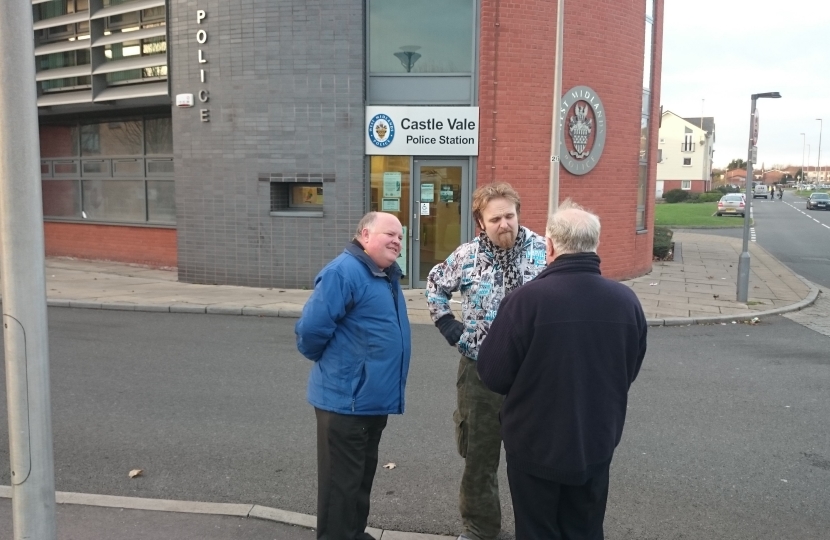 The plans have been put together by West Midlands Police, and will need to be signed off by the Labour Police and Crime Commissioner.

Clifton Welch said, “West Midlands Police need to get their priorities straight. They are spending £33 million on refurbishing Lloyd House in Birmingham while proposing to close Castle Vale Police Station. This comes at a time when there own accounts show a £7.1 million surplus last year. These proposals do not make sense, and I will be fighting them tooth and nail.

I have set up a petition which local people can sign online, and paper versions will also be available. Castle Vale needs to stand together in challenging these proposals.”

West Midlands Police has also recently been criticised for paying over 5 times the amount as other forces on their equipment. Data published by the Government for the first time showed the West Midlands force paid £16.48 each for belts - while other forces bought them for as little as £3.30.

There has also been reports of some officers receiving £33,000 in overtime payments.

Clifton added “Castle Vale’s police station is an important local service which many people rely on. West Midlands Police need to spend their money more effectively to provide a proper neighbourhood policing service which people can rely and trust in.”

A ‘Save Castle Vale’s Police Station’ Facebook page has been launched at http://www.facebook.com/SaveCastleValePoliceStation