Robert Alden launches his Standing Up for Erdington Campaign 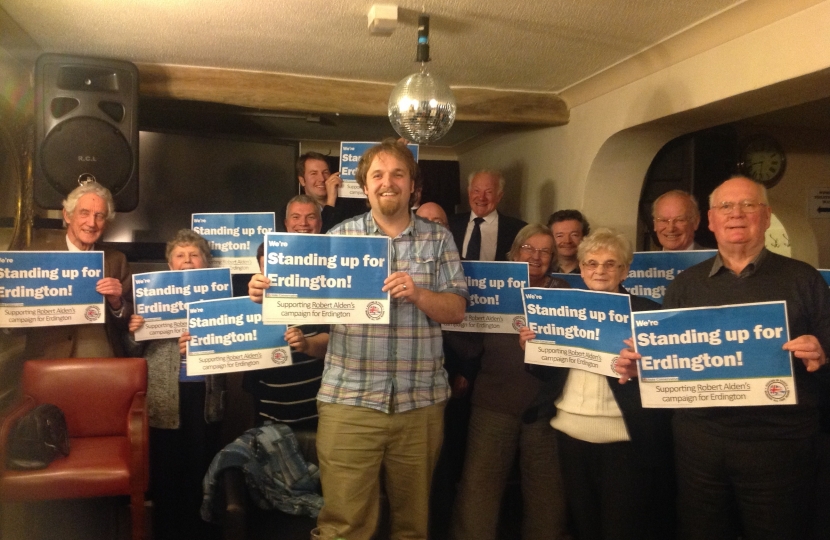 Since taking Control of Birmingham City Council in 2012 Labour have:-

Meanwhile the Labour Council have increased spending on Policy officers, protected european and equalities officers and are protecting inner city wards at the expense of suburban areas like Erdington.

Robert said “enough is enough I am demanding the Council give Erdington residents a better deal”.

If you would like to back Clifton's campaign please sign the petition below to show your support.